Position monitoring when anchoring a tripod 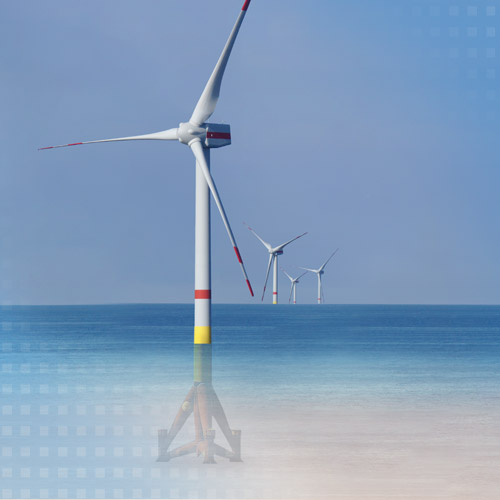 In offshore wind turbines, tripods act as the foundation. In order to mount the wind turbine on it, the tripod must be stable and requires precise horizontal alignment. To ensure this, sensors monitor the position during the anchoring process in the water. Therefore, INC5701 inclination sensors are used on the upper end of the tripod to be anchored. The sensors transmit the position value to the ship from where the entire anchoring process is controlled. During the anchoring process, high forces act on both the foundation and the sensors as the tripod is rammed into the seabed using a crane device. The inclination sensors from Micro-Epsilon have a high shock resistance and so can be used even in harsh ambient conditions. Once the foundation has been anchored, the inclination sensors can be removed in order to be reused in the next monitoring task.