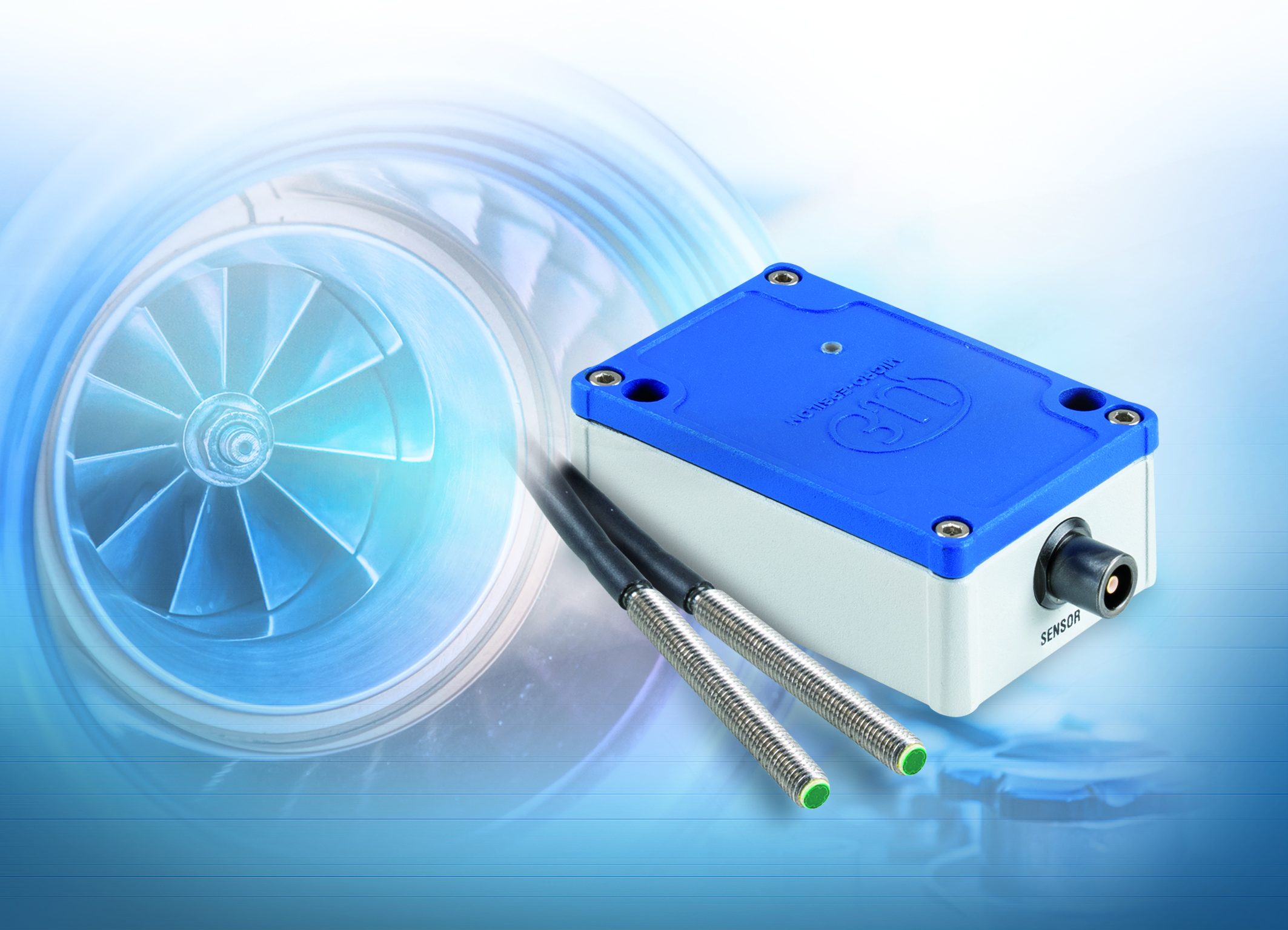 Regardless of the target material, be it electrical conductors (metals) or insulators (plastics, ceramics), they are counted from the first detection with no run-up necessary and without any impairment of the signal quality. Indeed, the capaNCDT CST6110 system provides reliable measurements even in applications where dirt, dust or oil mist are present. It even measures directly in oil, due to the signal change of the target being significantly higher than the change from the presence of oil.

The capaNCDT CST6110 capacitive measurement system comprises an IP67 rated controller and a compact sensor that can be integrated into confined spaces. The measurement system detects and counts all manner of targets including rotor blades, gear teeth, notches or similar objects with extremely high precision and stability across a speed range of 1 to 400,000RPM.

Micro-Epsilon has also developed a new miniature sensor to match the CST6110 controller. The CSE025/M5 sensor has an M5 thread for easy installation and its narrow size allows it to be mounted in confined spaces. However, the sensor is robust and will provide stable, reliable measurements even in the harshest of environments. As with the other capacitive controllers from Micro-Epsilon, the CST6110 can also be operated with any other capacitive sensor in its range.

The measurement system offers a high degree of interference immunity and reliability, particularly in environments where electromagnetic fields can occur. The rotational speed can be output in TTL digital form without any linearity error and also as an analogue 0-5V signal. For targets such as rotor blades, with multiple measuring points per rotation, a selector switch can set the number of blades (maximum 16) per rotation enabling the correct RPM value to be output.

Glenn Wedgbrow, Business Development Manager at Micro-Epsilon UK comments: »The capaNCDT CST6110 is unrivalled in terms of performance, reliability and stability especially for non-metallic targets such as ceramics and plastics. It complements our existing Eddy Current solution, DZ140, used on turbochargers with titanium and aluminium blades. As industries move towards e-chargers and the use of plastic and ceramic blades, the CST6110 system is the perfect choice for rotating [RPM] and counting applications. Alternative measuring systems such as incremental or optical rotation speed measurement systems often require a ‘friendly’ target to be attached or manufactured on the shaft and they also tend to be limited to a measuring rate of 5kHz, neither of these adaptations are required with the new CST6110.«

For more information on the capaNCDT CST6110, please call the Micro-Epsilon sales department on +44 151 355 6070 or email info@micro-epsilon.co.uk